It’s the end of Single’s Inferno 2, but ​​Netflix released a new video with the cast. Here is how they reacted to everyone’s first impressions, and who sent Jo Yoong-jae’s card is finally revealed.

Every season of Single’s Inferno starts with the cast walking down to the fire pit one by one. The seated singles get to size up each other and decide who they want to sit next to for the rest of the ceremony.

Some people stayed true to their first impressions, like Kim Han-bin. He was so impressed by Choi Seo-eun that he stood up and applauded her. For the rest of the season, he held out hope that she would pick him over Jo Yoong-jae.

Yoong-jae also had a strong start by receiving two note cards in his mailbox. They were from Lee So-e and Park Se-jeong.

The cast continued to get to know each other, but hit a limit in the inferno. The only way to learn about each other’s age, occupations, and locations was to go to paradise.

The ‘Single’s Inferno 2’ cast react to the first impressions

The Swoon released a video of the cast reacting to the season together. So-e said Yoong-jae gave the best first impression because of his cologne. The ladies laughed at this. Se-jeong picked him too, and So-e joked that she smelled his pheromones too.

Han-bin chose Seo-eun, which impressed the other men. “You never changed,” Jong-woo pointed out. The cook revealed no one knew this. So-e revealed Han-bin told her a different story.

“He didn’t talk about the first impression,” she said. “He said he was too busy cooking at first. Then Seo-eun talked to him a lot, so he started to like her from then. That’s what he told me. I didn’t know he said that about first impression.” Seo-eun laughed at this surprise.

“We had to vote after barely talking,” Se-jeong revealed. Many of them admitted to being confused with names, and even gave up on learning last names. 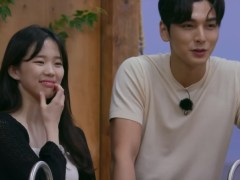 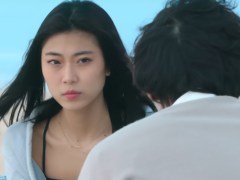 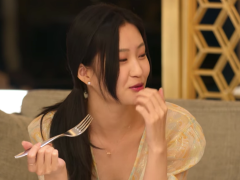 Jong-woo got a notecard that read, “I’ll never forget your pancakes! They were the best.” He looked at it for a long time, probably wondering who sent it.

The same reaction video revealed Seo-eun sent the card. “I think he was mistaken from then on,” Se-jeong joked. “He thought it was me?” Shin Seul-ki asked while laughing.

But Jong-woo did guess correctly who wrote it. “It said pancake, and Seo-eun, who sat in front of me, enjoyed it the most. So I guessed it was her,” he revealed.

So sometimes, the notes mean someone is interested in getting to know them. Or it could simply be a compliment because the cast doesn’t have much to go on before writing them. Either way, the cast seems to enjoy looking back at those moments.