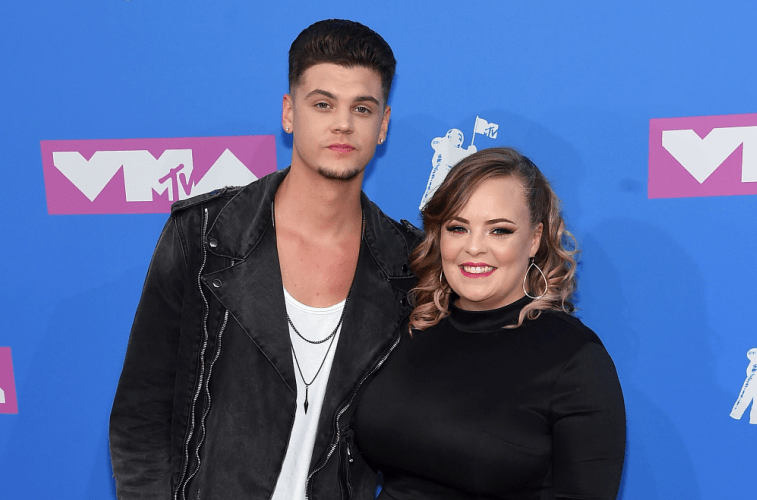 Catelynn Lowell and Tyler Baltierra have been making headlines lately because of the tough time they have been going through together. Lowell has been getting treatment for her mental health. The couple also had to fight rumors that they were splitting up. Now Lowell has revealed that they are expecting their third baby.

Catelynn Lowell says they are having their rainbow baby

The expecting mother has a sweet nickname for the baby. “The big news is that we are expecting our rainbow baby,” she told Us Weekly. “This baby is our rainbow after the storm. I’m super excited.” Lowell didn’t specifically say what she would consider as their “storm” but she did receive treatment earlier this year for suicidal thoughts. She also previously battled postpartum depression after giving birth to Novalee in 2015.

She said the pregnancy was unexpected

The reality star said this pregnancy was a surprise for the couple. “It was a huge shock at first,” she told Us Weekly. “We were not planning it, especially after the miscarriage and how I went downhill with my mental illness.” She did continue to say that they did want another child down the road.

“We were going to wait a really long time,” she continued. “We were using protection and everything and still got pregnant. This baby just wanted to be here. It was very unexpected.”

There were multiple photos of Lowell with her pregnancy announcement. One is of Lowell in a dress holding her stomach and the other is of little Novalee kissing her mother’s stomach. Baltierra revealed he was the one who took the pictures. He tweeted, “I was honored to be able to shoot these pics of my radiantly beautiful girls!”

I was honored to be able to shoot these pics of my radiantly beautiful girls! #Blessed https://t.co/si7NPU2ySU