The Most Successful ‘Top Chef’ Contestants Ever

The competition show has put many chefs through the ringer. Those who made it out on the other end have been launched into fame and different people have had different experiences with that fame.

Some have written cookbooks. Others have cooked for celebrities. But the most common route is chefs going off and having their own restaurant. Of course, that’s one of the toughest businesses to run, so it hasn’t always worked out even for our top chefs.

So who has seen the most success from the show? Here are the 15 most successful Top Chef contestants ever, ranked from least to most. 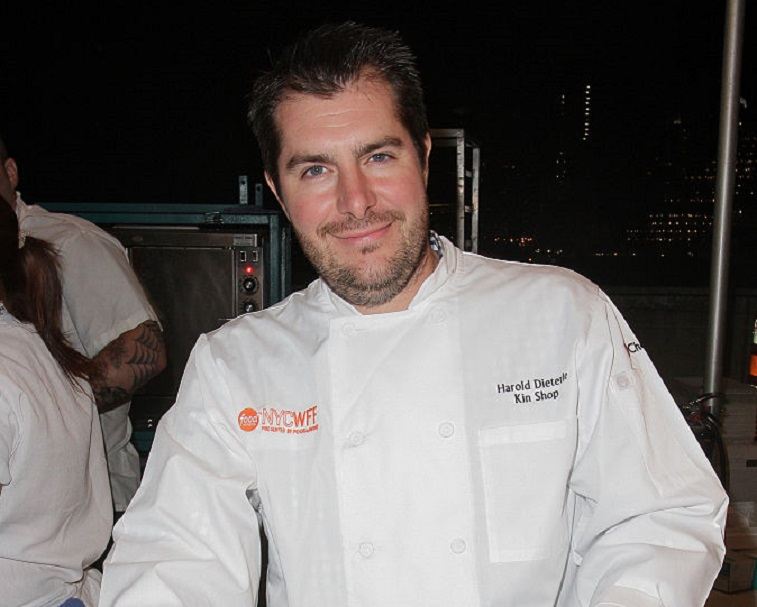 The first winner of the show went on to open three restaurants. One was Perilla, which sort of blended American food with Asian. The second was Kin Shop, which focused on Thai food. The third was The Marrow, which blended German and Italian food.

All three ended up closing and Dieterle opened up about the challenges of the restaurant business. “I’m really proud of what we’ve done,” Dieterle told Eater. “It’s all kind of run its course….It’s gotten to the point where I’m not having fun and enjoying myself.”

He said he’d “like to maybe do some consulting work and perhaps eventually get into a fast casual concept.” He was a consultant for the show, Feed the Beast. It also has been announced that he will be collaborating with Chopt and it will be serving items curated by him.

Next: This Top Chef alum is working on her second restaurant. 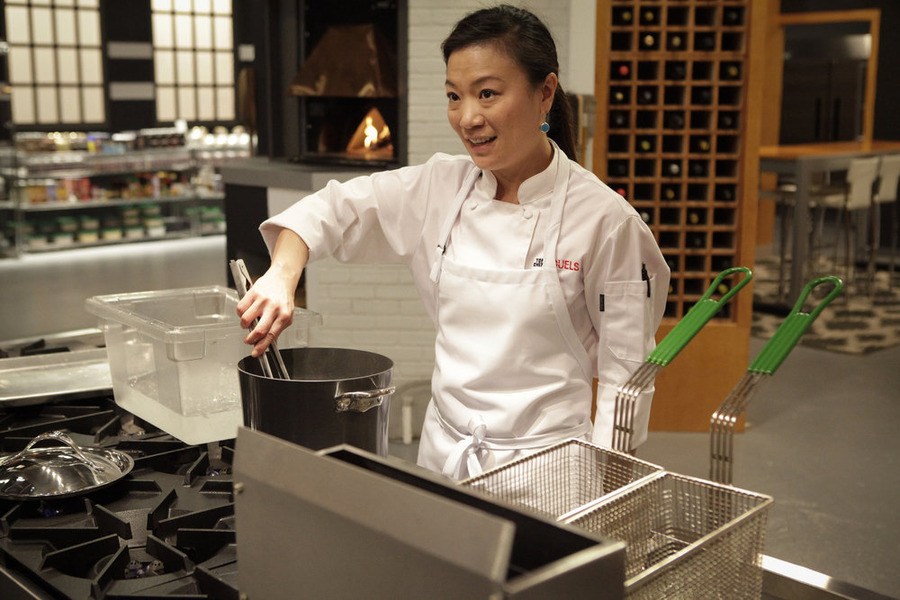 The “Fan Favorite” has been working on her restaurant, Ms. Chi Café which offers Chinese snacks and caffeinated drinks. She first premiered her food at Coachella.

Before this, she opened the restaurant, Twenty Eight, which offers modern Chinese cuisine.

Next: This contestant has appeared on another show. 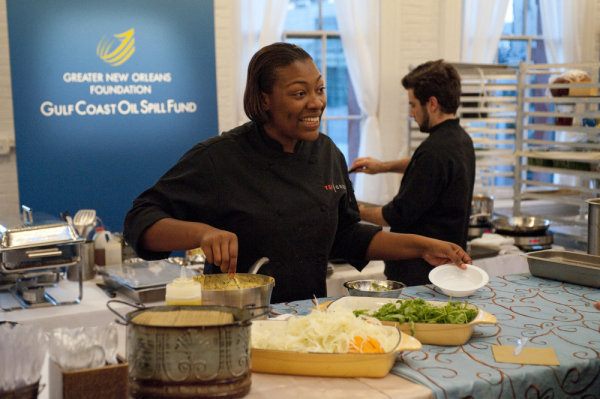 The Season 7 “Fan Favorite” created the restaurant, Private|Social. She also has returned to reality television by working on Bar Rescue. Derry uniquely made headlines for being politically active and going to Congress to address food waste labeling.

Next: This runner-up has a cookbook. 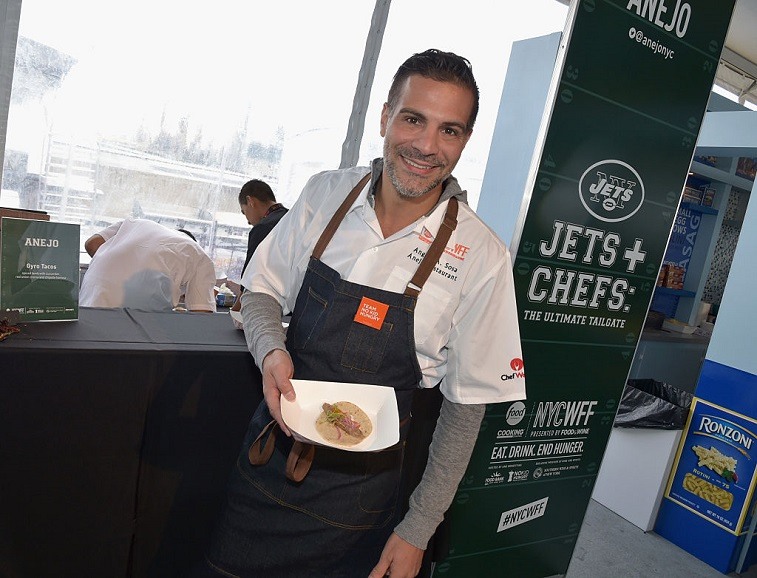 The Season 7 runner-up has opened three restaurants and is down to one surviving in Hell’s Kitchen called Añejo Tequileria. He published the cookbook “Healthy Latin Eating: Our Favorite Family Recipes Remixed” featuring Latin family recipes.

Next: This Top Chef alum’s cookbook was nominated for an award. 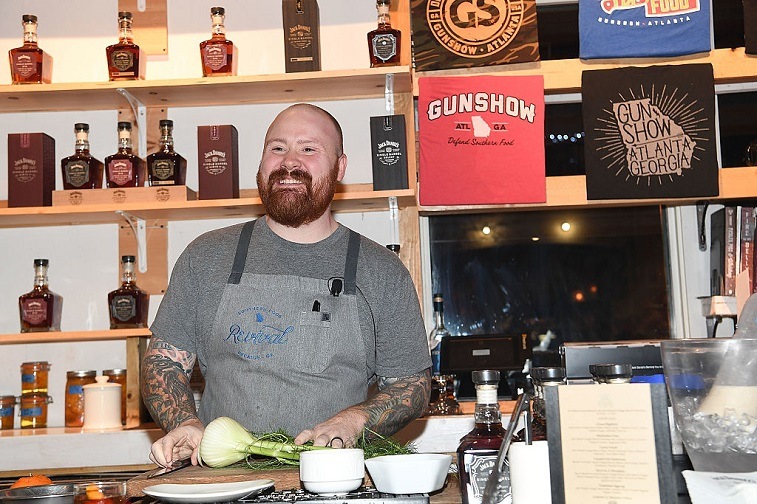 Kevin Gillespie was a finalist on Season 6 and was voted a “Fan Favorite.” After that, he got nominated for a James Beard award for his cookbook “Fire in My Belly.” His restaurant, Revival Decatur, is also successful.

Next: This chef was hosting a show. 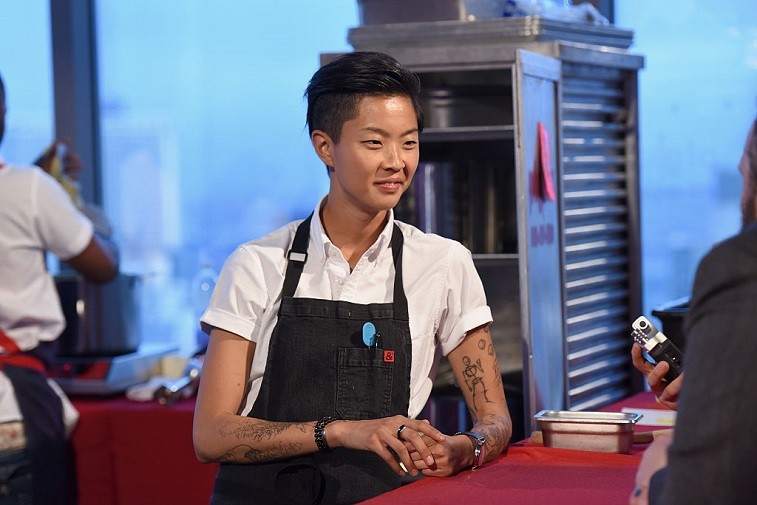 The Season 10 winner recently debuted her restaurant, Arlo Grey, in Austin. She also returned to television by co-hosting the show 36 Hours, which focused on culture and food. It looks like the show will only have one season.

Next: This chef has a growing restaurant and received an award. 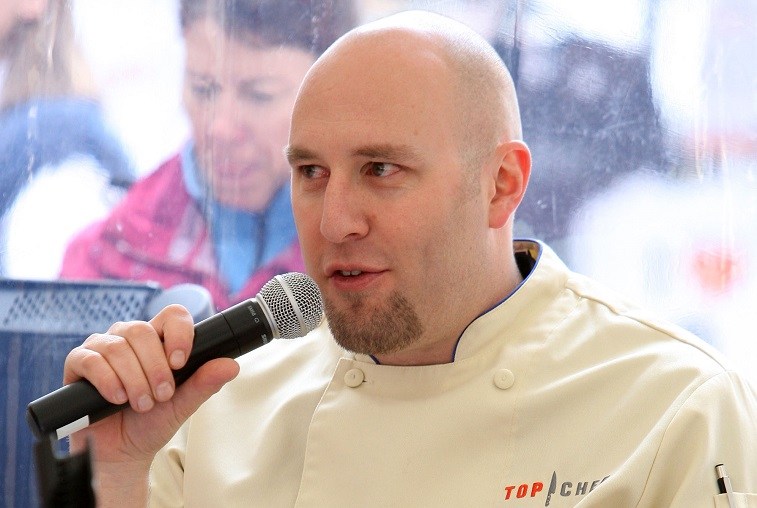 The chef won Season 5 and went on to build his restaurant, Blackbelly, in Colorado. It was expanded a year later to include a butcher shop. He has been awarded Guest Chef by the James Beard House. He is now planning to open another restaurant called Santo.

Next: This chef has multiple locations of his restaurant. 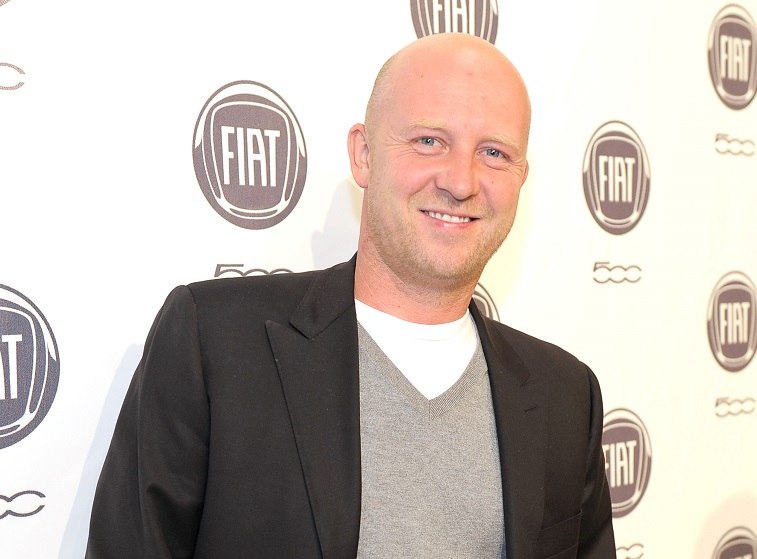 The Season 5 runner-up stuck with the Top Chef franchise by appearing as a guest judge on the Finnish version of the show. He opened up a restaurant called Stefan’s but it closed shortly after opening.

However, his other restaurant, Stefan’s Steakhouse, led to him opening three more locations.

Next: This chef has cooked for a well-known celebrity. 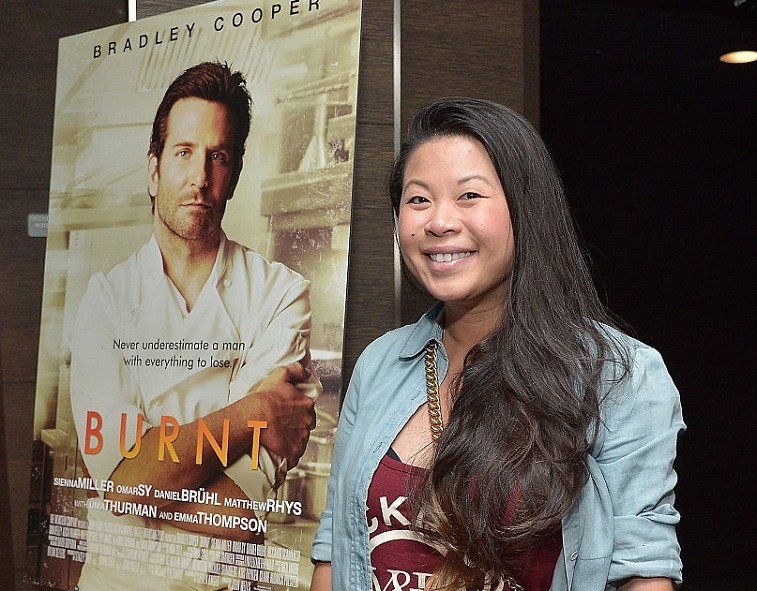 The chef went from learning from Michael Voltaggio to winning the show herself in Season 12. She is still working on opening her L.A. restaurant. But during that process, she has been cooking for celebrities like Oprah Winfrey and writing a travel column.

Next: This chef won an award and has multiple restaurants. 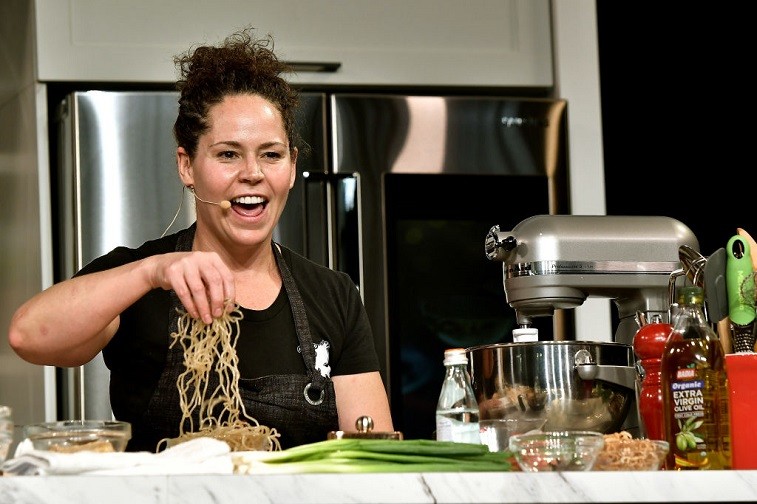 The chef won Season 4 of the show and got “Fan Favorite.” She has three restaurants in Chicago and some of them have won awards. She also received the 2013 James Beard Award for Best Chef.

Next: This chef has appeared on multiple TV shows. 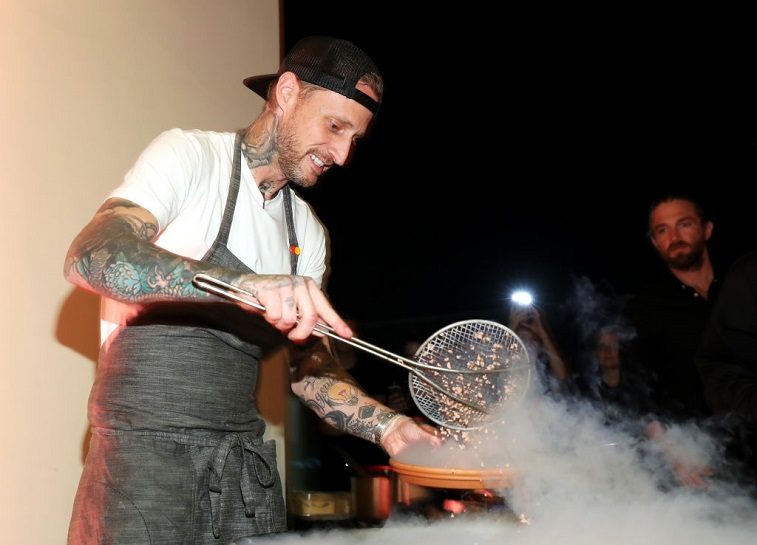 He won Season 6 of Top Chef and went on to open the restaurant ink. The restaurant was named the best new restaurant by GQ magazine. He also was a guest judge for Top Chef Canada and appeared on Young and Hungry.

Next: This chef’s book was nominated and he has been on other shows. 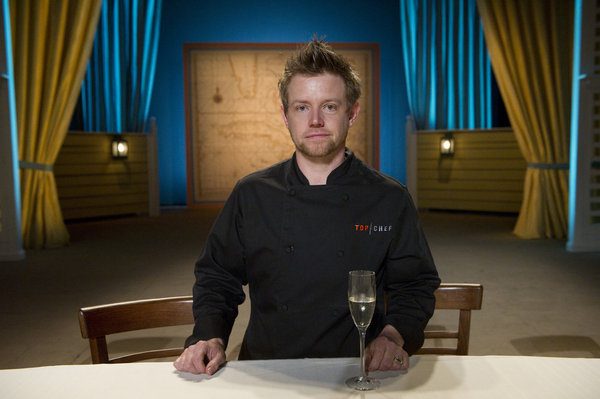 The Season 4 runner-up was nominated for a James Beard award for his cookbook. He got into the restaurant business by opening Juniper and Ivy and The Crack Shack. He competed in two more television competitions, but his biggest job was hosting Hungry Games along with judging Top Chef.

Next: This chef was on the New York Times Best Seller List. 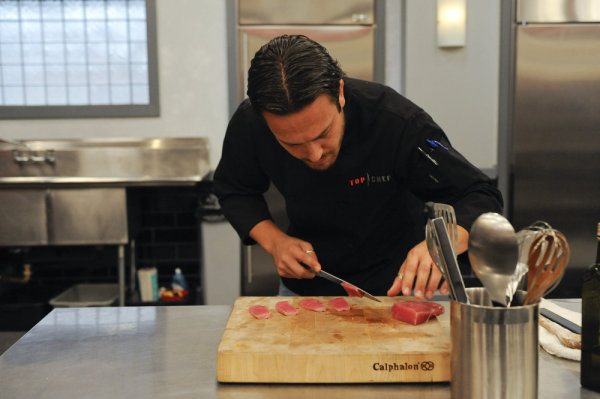 The Italian chef competed on the fifth season of the show and was voted “Fan Favorite.” He then returned for All Stars and Life After Top Chef.

He has three cookbooks under his belt and one made the New York Times Best Seller List. He also has three e-books. He has multiple restaurants including Cafe Firenze and Siena Tavern.

Next: This chef has successful businesses and a nonprofit. 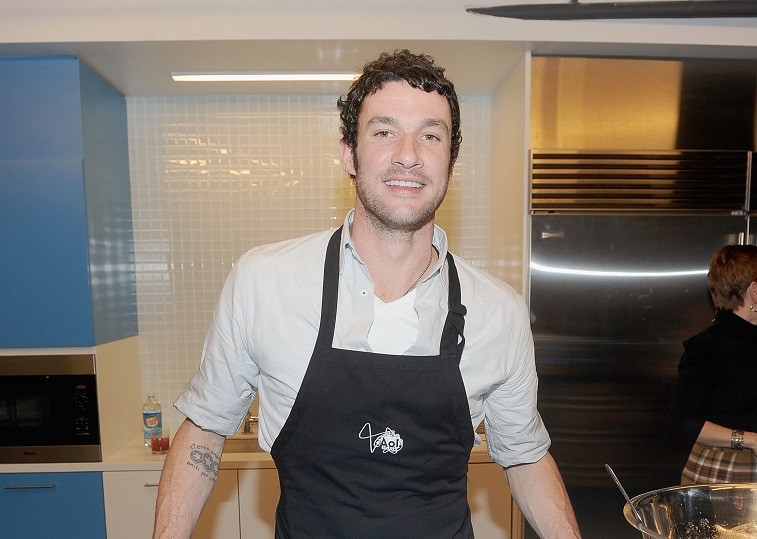 The Season 2 “Fan Favorite” opened The Surf Lodge, the Pig + Poet, and Pretty Southern. He also wrote a memoir called The Sweet Life: Diabetes without Boundaries and started a nonprofit called Beyond Type 1 that had the support of Nick Jonas and Sarah Lucas.

Next: This is the most successful chef from the show. 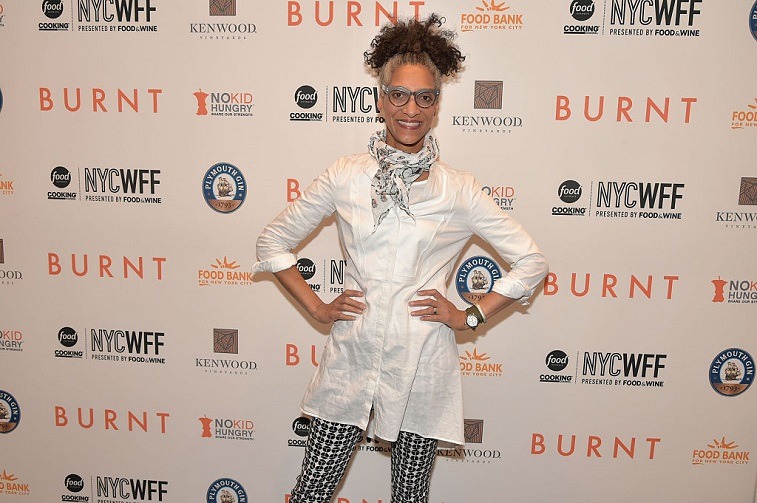 She competed on Season 5 and 8 of the competition show. She walked away with enough of a following that she got a co-host gig on The Chew, which lasted seven seasons. Sadly, it just got canceled to make room for another hour of Good Morning America.

Hall has also tried to open her own restaurant called Carla Hall’s Southern Kitchen but it closed within the next year. She did come out with cookbooks “Carla’s Comfort Food: Favorite Dishes from Around the World,” “Cooking with Love: Comfort Food That Hugs You,“ and she has a third book coming out.