These Celebrities Received Backlash for Their Dreadlocks Way Before Zac Efron

Zac Efron has made plenty of physical changes over the years, but no one expected the High School Musical- turned more serious actor to start sporting dreadlocks. To the dismay of many fans, he showed off his new hairstyle on Instagram in July. But a slew of nasty comments sparked attention.

As one commentator said, “Cultural appropriation ain’t fun.” And while many others defended him by claiming it’s just a hairstyle, many others believed only people of color should rock this style. Either way, Efron isn’t the first star to get a ton of backlash for his dreadlock-sporting ways. Here are the other celebrities that angered fans for the same reason. After a long hiatus, fans were excited to see Justin Bieber back in the public eye — until he showcased his new ‘do. USA Today reports Bieber tried to argue that it was just hair and that he wasn’t being culturally appropriative, but that didn’t fly with everyone else. As one Twitter user said, “Justin Bieber didn’t get the memo that white people look stupid with dreadlocks huh?”

Lady Gaga’s known for being totally over the top — and her dreads didn’t disappoint. Bustle reminds us of when she debuted these locks at the 2013 Capital FM Jingle Bell Ball in London. She rocked a Versace pantsuit and bleached dreads that towered over her. Of course, like everyone else on the list, not everyone was impressed with her new ‘do — and most were glad it didn’t last long.

The Kardashian-Jenner clan are no stranger to the public eye — and they’re also pretty used to the negative comments they often receive. So of course, when Kylie Jenner decided to sport dreadlocks for a photo shoot, fans weren’t happy. Daily Mail Online reports back in 2015, Jenner wore grunge-inspired clothing and dreads for a “rebel-themed” shoot, and she also kept the hairstyle after the shoot finished. The backlash may have been too much, though, as the style didn’t last long. 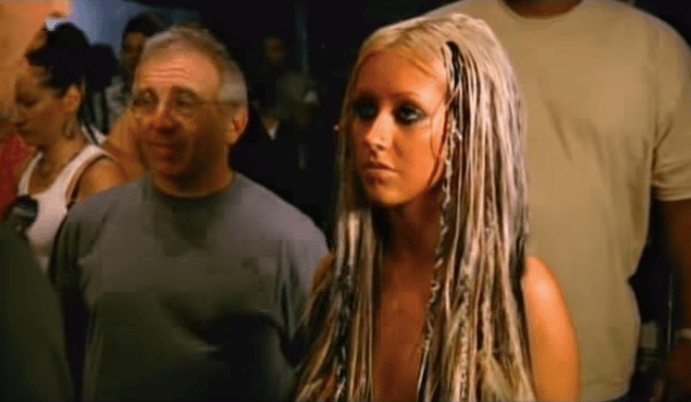 Christina Aguilera while making a music video | forever90s via YouTube

Christina Aguilera has had a few run-ins with cultural appropriation, especially when it comes to her hair. Us Weekly reminds us back in 2001, she wore her long blonde hair in braids, which many considered problematic. And it wasn’t long until she premiered her video for “Dirrty,” which stirred the pot (for better or for worse). Nowadays, the old Xtina is out and the new Christina is looking a lot more polished.

She’s the queen of belly dancing, and you know her for her impressive hip-shaking moves. But there was a time when Shakira’s hair was also the topic of conversation. Glamour notes Shakira used to wear her hair in twists, which may not have ruffled too many feathers if the style didn’t look exactly like dreads. This was back in 2009, however — and as far as we can tell now, the twists aren’t coming back any time soon.

She’s been slammed for cultural appropriation from her outfits before, and Miley Cyrus’ dreadlocks she showcased at the 2015 MTV VMAs didn’t help her case. Mirror.co.uk notes one person wrote, “So Miley Cyrus has had 2 years to learn about cultural appropriation and decides blond dreadlocks are a good idea. Horrified.” And that was just one comment out of many that slammed the starlet. Hopefully, she’s learned for the future.