Princess Charlotte and her siblings are not excused from the royal family style rules. In fact, they’re taught from a young age how to dress appropriately when representing their famous family. That said, not everything they wear falls in line with the queen’s dress code. So, why does Princess Charlotte always wear dresses? As it turns out, it is not a request from the queen

Up ahead, we reveal the real reason Princess Charlotte always wears dresses. Plus, we take a closer look at royal family style rules the princess must always follow. 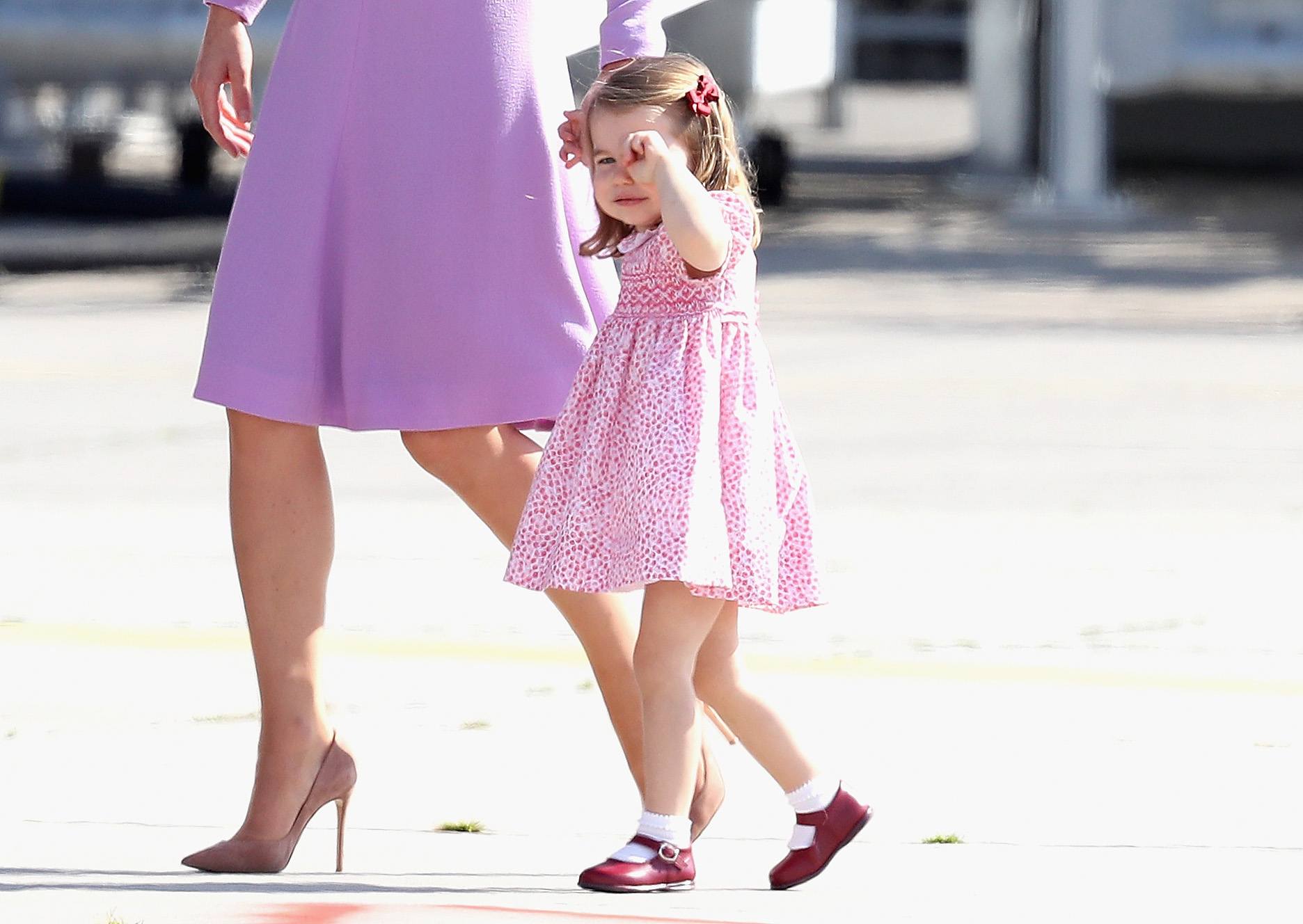 Pants are not against royal rules

Wondering why Princess Charlotte never wears pants? As it turns out, it has nothing to do with an official royal family rule. Unlike her brothers — who must wear shorts until their eighth birthday — Charlotte is allowed to wear pants. In fact, she most-likely does wear pants when at home and away from the public eye.

Both Kate Middleton and Meghan Markle wear pants — sometimes even jeans — while out on official royal business. That said, their pants must always look clean (no holes) and fit within the queen’s definition of “smart” attire.

Does the queen wear pants

Since there is no rule stating a royal woman can’t wear pants, the queen is allowed to rock a more casual look. However, she rarely opts for trousers while on official royal duty. In fact, one of the last times she wore pants for a royal engagement was in 1970 while on a royal tour of Canada. Since then, the queen has been spotted only once (in 2006) in trousers, and it was her day off.

Curious to know why Princess Charlotte always wears dresses? It’s not a coincidence. According to childrenswear designer Rachel Riley (who has close ties to the family), the young princess wears dresses to prevent looking “out of date.”

Wearing dresses at a young age is a tradition in the royal family, as Princess Anne, Princess Beatrice, and Princess Eugenie were often photographed in smocked dresses. The look upholds a cleaner, more traditional appeal that young royals abide by — especially when on official outings with their parents. 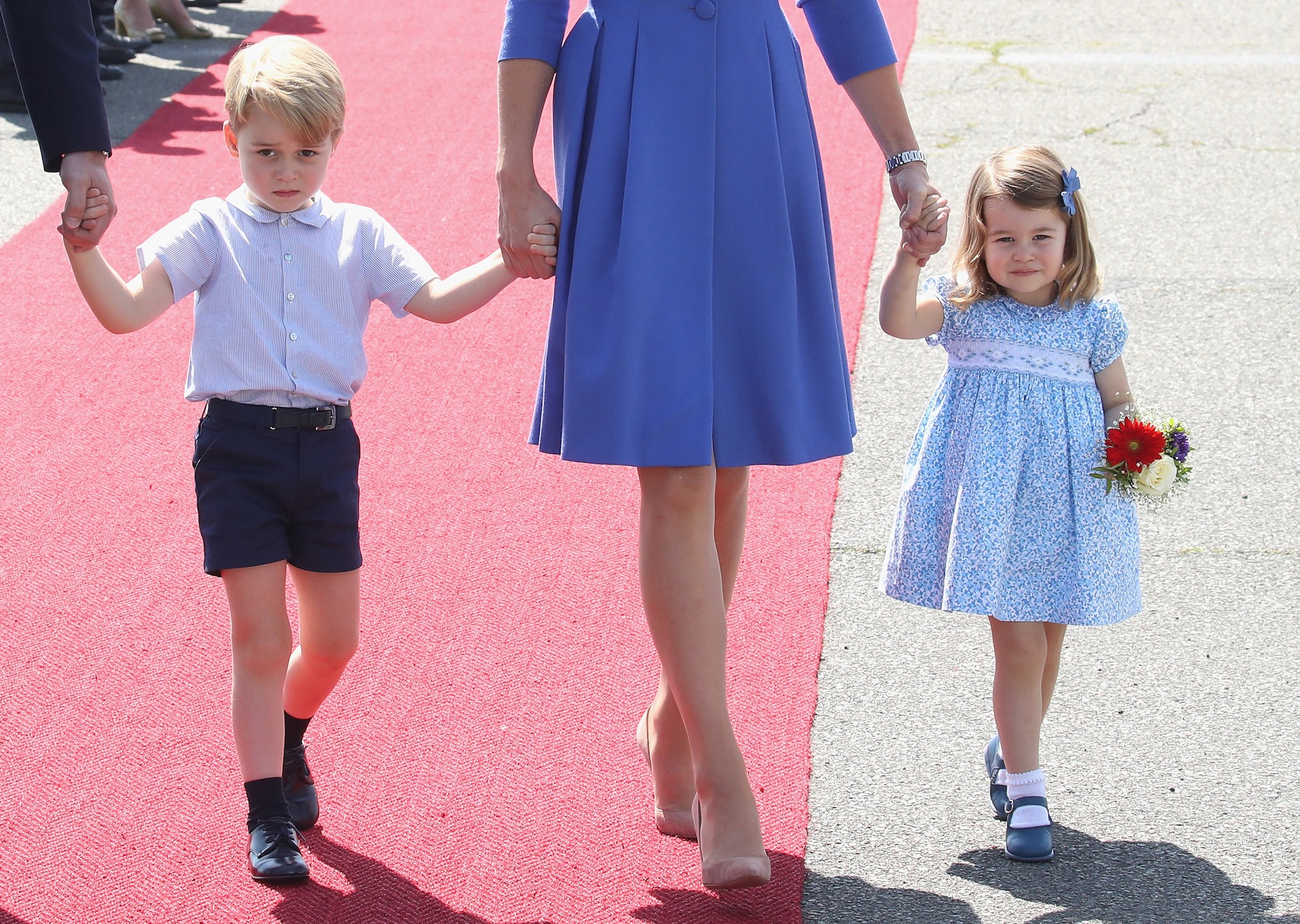 Princess Charlotte doesn’t have to wear dresses, but Prince George must wear shorts until his eighth birthday. | Chris Jackson/Getty Images

Dresses might not have a designated spot in the royal family rulebook, but there are plenty of other style protocols to go around. Peep the style rules Princess Charlotte must follow now and in the future, ahead.

The queen looks down upon fashion faux pas — especially ones that expose royal women in any way. To avoid falling victim to sudden gusts of wind, as Kate has on numerous occasions, the queen sews tiny weights into the hemlines of her dresses and skirts. This isn’t exactly a royal style rule, but the queen likely recommends it.

The queen loves a “smart” look. Therefore her great-grandchildren must always look put together and polished. This royal family rule will most-likely ring true — and only get stricter — as the young princess gets older and represents the family more officially.

Her hair must always look neat

Unlike other kids her age, Princess Charlotte’s hair always seems to be brushed back and neatly placed. According to royal family rules, all members — no matter how young they are — must keep their hair in check when out in public.

Although she’s probably too young to rock a manicure, Princess Charlotte must be aware of the queen’s beauty rules. And, one of the most well-known is bright nail polish. According to several reports, the queen hates bright-colored nail polish and forbids royal women from wearing it. Instead, she asks they go polish-free, or choose a neutral shade, such as her favorite, Essie Ballet Slippers.

It will be a while before Princess Charlotte is allowed to wear makeup. But, when the time comes, she won’t get to experiment with bright-colored eyeshadows, and dark lipsticks like some teenagers do. As a member of royalty, the princess must always wear natural-looking makeup.