How Miranda Lambert Really Makes Money Outside of Her Music

Country singer-songwriter Miranda Lambert has had her share of love-life woes. Her nasty 2015 divorce from fellow country artist Blake Shelton made headlines for months. More recently, she was in hot water when reports surfaced her new boyfriend was married. Shade was thrown by both the scorned spouse and Shelton.

Lambert does have plenty of career success. (She certainly does know what it’s like to struggle with money: When she was growing up, her family was homeless for a time.) Here we’ll look at ways (aside from her music) this businesswoman has built up a whopping $45 million net worth. See her shop that fans flock to (page 4) and how she raises money to support her four-legged friends in need (page 7).

1. She has her own line of wines 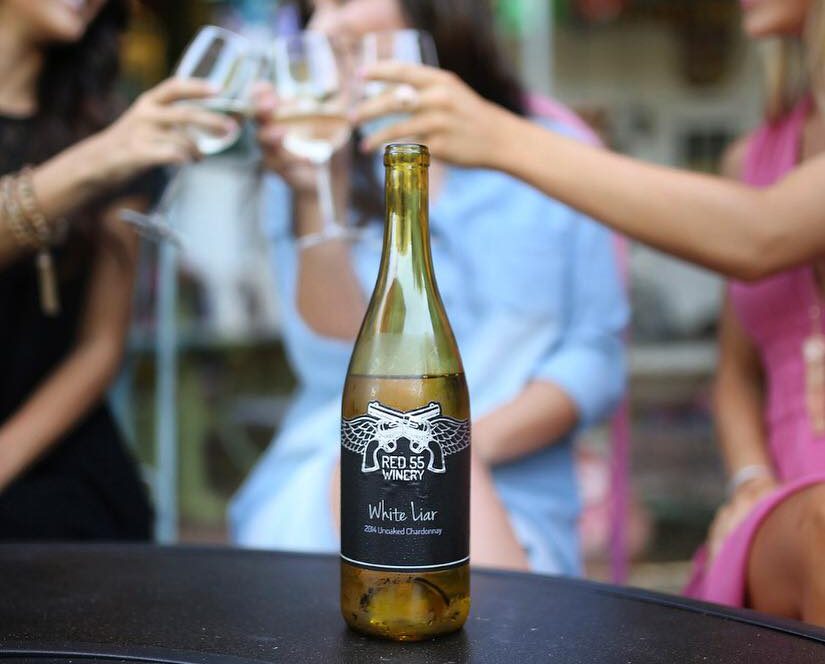 All of the wines are named after her songs. | Red 55 Winery via Facebook

As we’ll see, Lambert is quite the jack of all trades. When she introduced her signature wines, fans were excited to try them. The line gets its name “Red 55” from her song “Little Red Wagon,” which references a red 1955 Chevy wagon.

Lambert also named each individual flavor after her songs, including “Kerosene,” “Crazy Ex-Girlfriend,” “White Liar,” and “Country Road 233.” It’s an affordable wine, with each bottle selling for around $16 a pop.

Next: She couldn’t find suitable boots, so she designed her own.

2. She designed a shoe line 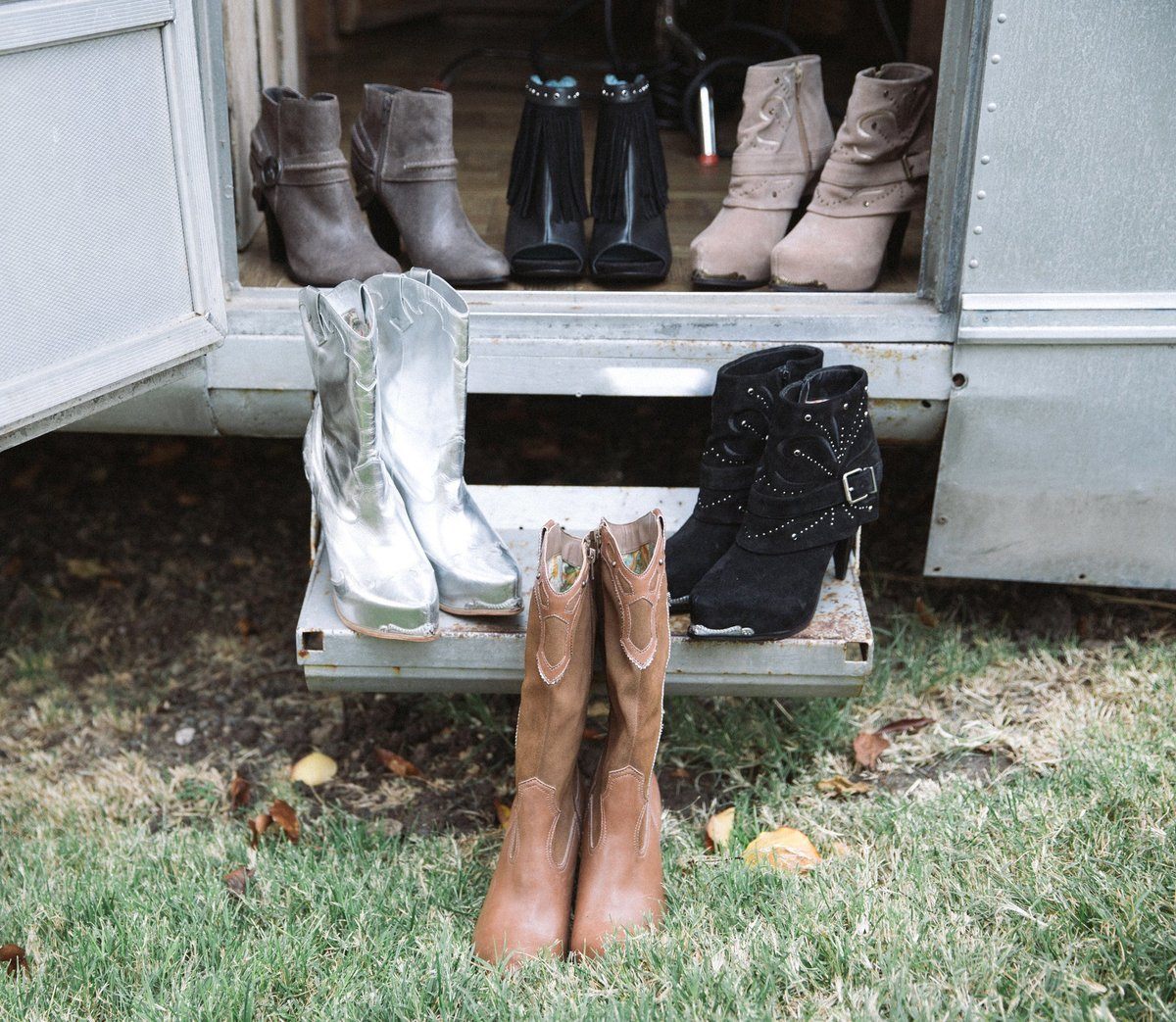 The country shoes were just her style. | MirandaLambert.com

The country superstar decided to design her own shoes when she couldn’t replace a pair of beloved 1970s-style cowboy boots that had worn through. “I thought if I could just get my own boot line, I could make some boots for myself,” she said. So, in 2014, she launched a new line of footwear bearing her name.

The Miranda Lambert line features boots in flat and heeled styles, featuring buckles, fringe, a metallic sheen and more. She’s also got you covered with sandals, strappy heels, and wedges. Prices range from $10 to more than $100.

Next: The fate of her B&B

3. She owned a B&B in Oklahoma 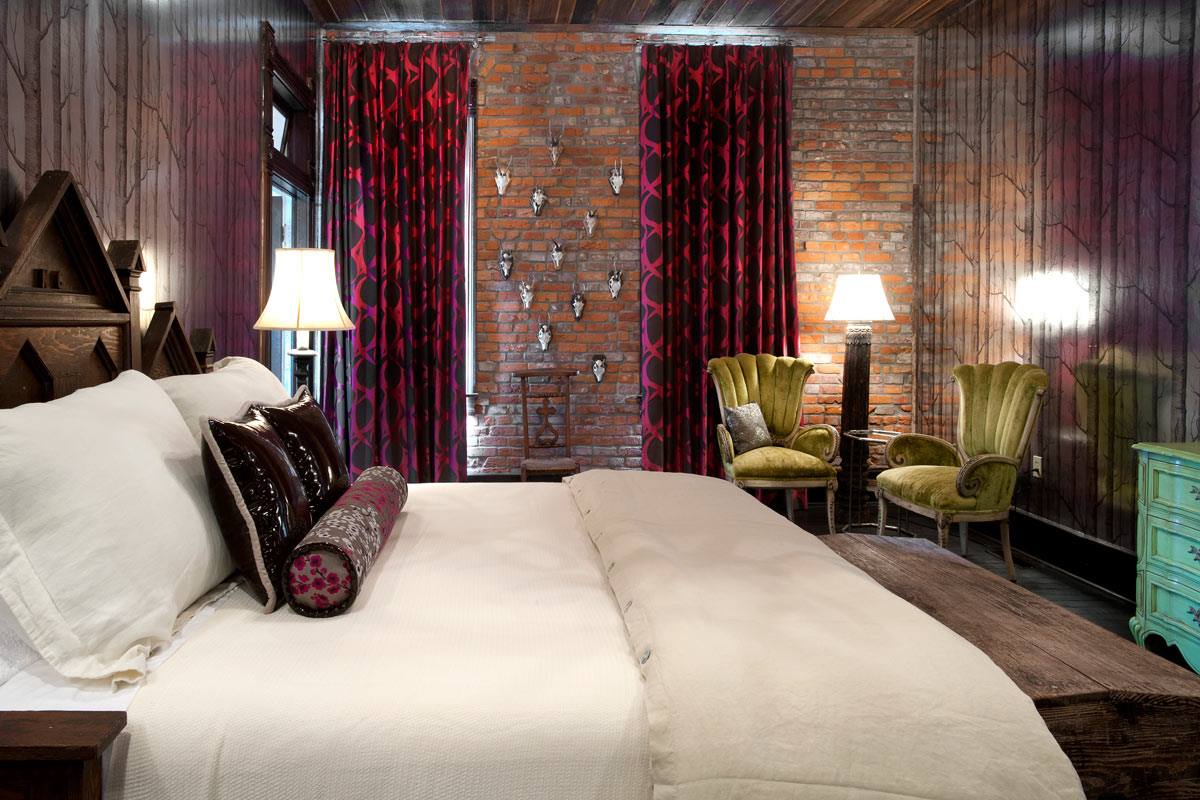 The B&B closed after the divorce. | Miranda Lambert via Facebook

Lambert opened the Ladysmith Bed & Breakfast in 2014 in Tishomingo, Oklahoma when she and Shelton lived in the area. The historic, two-story building was long-vacant when the country star filled it with antiques and salvaged materials. The B&B featured eight guest bedrooms and an on-site bar with a New Orleans-style balcony.

The B&B closed when Lambert and Shelton split up. Shelton bought the property and turned it into his own restaurant, Ole Red Tishomingo.

Next: Fans travel many miles to this Texas boutique.

4. She owns a Texas lifestyle boutique 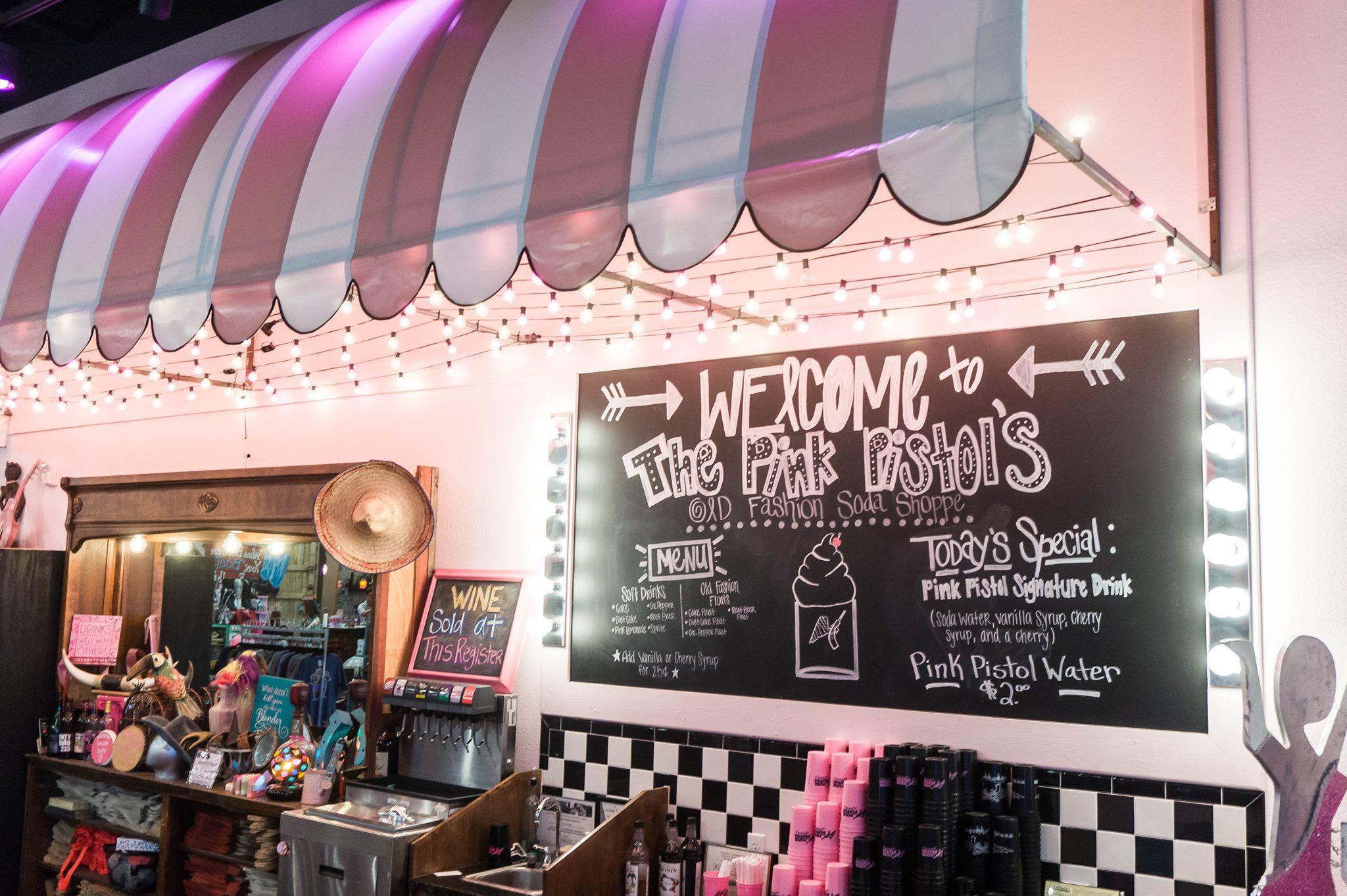 It has something for everyone. | The Pink Pistol via Facebook

Lambert also closed down her Tishomingo wine bar and boutique, The Pink Pistol, when she and Shelton divorced. However, she reopened the business in Lindale, Texas. The store is packed with boots and mostly pink hats and snarky T-shirts. There’s even a royal-looking gold and pink throne for tourist photo ops.

On its Facebook page, fans tell of making road trips to sip some wine, browse the racks, and order ice cream at the soda fountain.

Next: For those who can’t make the road trip

Her merchandise is sold on her site. | Miranda Lambert Shop

If you can’t make it to Lambert’s wine bar and boutique, you can also order some of her merchandise from her online store. T-shirts, hats, jackets, and accessories are sold there commemorating her 2018 Livin’ Like Hippies concert tour. The singer’s The Weight of These Wings album is sold there in CD and vinyl format.

Next: She and her ex are both launching new clothing lines. The singer-songwriter announced a fashion line through Boot Barn in 2017. She shared a video on Instagram, featuring her wearing the clothes while writing music, walking with her horse, and modeling. The line is set to launch in fall 2018 and feature a country girl’s staples: blue jeans, denim vests, boots, T-shirts, and belts.

Next: See Lambert’s charity and how she funds it. 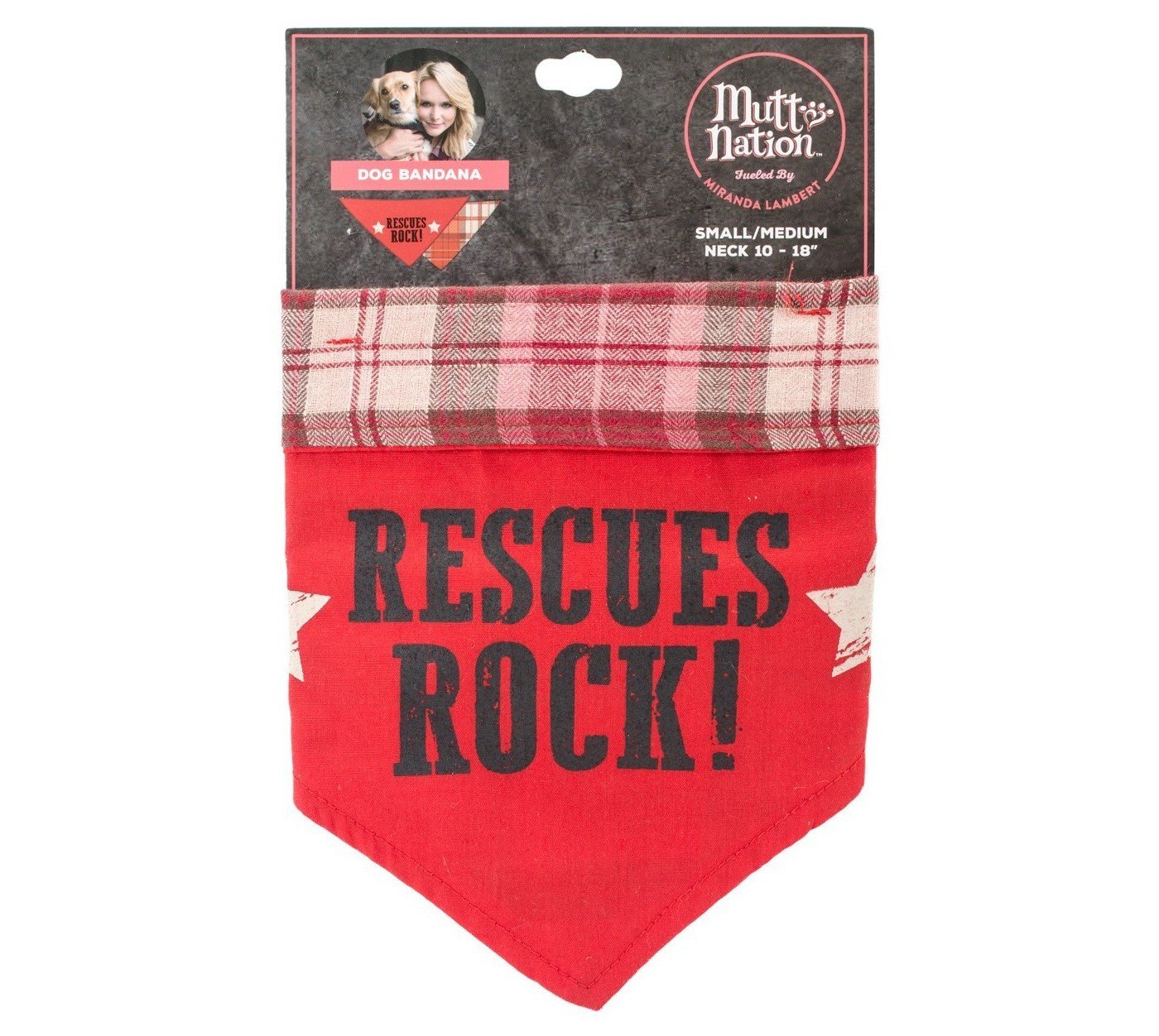 She loves her pooches. | Target

Living on her Tennessee farm, Lambert owns enough animals to make up a small zoo: seven dogs, four cats, five horses, and two mini-horses. The self-proclaimed animal lover and her mom established the MuttNation Foundation, which supports shelters and finds homes for pets in need.

Sales of Lambert’s MuttNation line of dog toys, collars and leashes, and bedding help fund the rescue and adoption programs. Target and other stores carry the products.

Next: See which American brand she endorsed.

8. She partnered with Ram Trucks 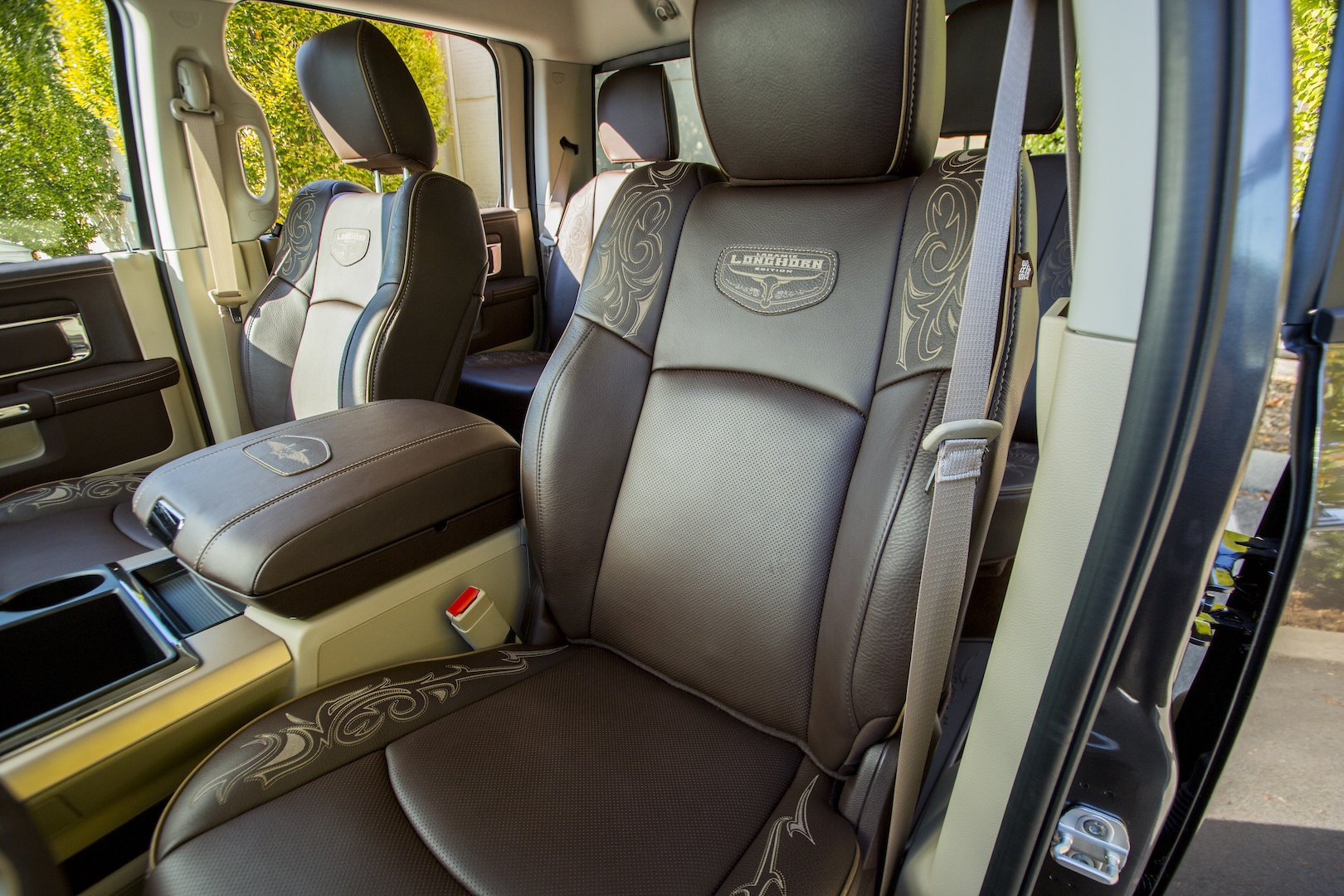 In 2014, Lambert teamed with Ram Trucks and used proceeds to benefit her animal charity. She starred in the company’s commercial with a song she wrote exclusively for the campaign. The TV spot coincided with her concert tour. She also auctioned off a customized Ram Laramie Longhorn truck and other items, raising $66,000 to benefit her MuttNation Foundation.

“I am very inspired by what the Ram brand stands for— being who you are, working hard, staying true to your roots,” Lambert said.