The Showbiz Social Media Awards are back! Showbiz Cheat Sheet has rounded up some of the best names on social media. Each nominee, whether they’re a cultural icon, TikTok star, actor, or musician, offers something unique in their own corner of the internet. It might be mouthwateringly good cooking demos, light-hearted tweets, inspirational words, or social justice commentary. Without further ado, here are the nominees for the 2022 Showbiz Social Media Awards.

Widely known for playing Bonnie Bennett on the popular CW series The Vampire Diaries, Kat Graham often takes to Instagram and Twitter to share a closer look at her life.

What sets the 33-year-old apart from other celebs, however, is she uses her platform to discuss pressing issues such as climate change and discrimination.

When the singer-dancer-actor isn’t advocating for social and environmental causes, she can be found sharing childhood memories meant to inspire.

With content so good comes a second Showbiz Social Media Award nod. Actor, producer, author, and cook extraordinaire, Stanley Tucci garnered attention for his cooking prowess in 2020. He made a Negroni and, frankly, the internet never got over it.

Since then, Tucci’s earned a devoted fan base for his fun and informative cooking videos. And while he’s admitted to not necessarily understanding the obsession, he’s still cooking.

The Devil Wears Prada alum released a 2021 memoir about food amid starring on his own CNN food series, Searching for Italy, where he tastes — and cooks — his way through the country.

Another 2021 nominee, legendary singer Dionne Warwick brings laughter to social media. And who couldn’t use more of that in their lives?

From her thoughts on The Weeknd’s Super Bowl halftime show performance to Saturday Night Live’s jokes, Warwick raises the bar for what qualifies as social media entertainment.

The five-time Grammy winner has continued to be a source of amusement since her tweets began going viral in 2020. Some of which even led to a musical collaboration with Chance the Rapper.

Every time she tweets, chances are, the Twitterverse says a little prayer (get it?).

Nominees for the Showbiz Social Media Awards continue with Quinta Brunson. The producer, writer, and star of Abbott Elementary, she gets a nod for many reasons. But here are just a few.

The 33-year-old shares hilarious behind-the-scenes moments from the set of the award-winning comedy series with fans. Then, there’s the fun sense of humor she brings to her posts.

Scrolling through Brunson’s Twitter feed, it’s easy to see why her sitcom about a fictional Philadelphia school and the ever-optimistic Janine Teagues has become a success.

The pop icon keeps it real on social media. Cher has a distinct style of tweeting that’s uniquely her own. Not only does it feel funny and natural but also refreshingly unpolished and raw.

What’s clear from Cher’s tweets is her willingness — and desire — to connect with fans. While she’s confessed social media makes dating nearly impossible, the “Believe” singer doesn’t let it keep her from engaging with her legions of fans online.

One of the top five most-followed people on TikTok, Charli D’Amelio’s an OG on the app. She’s uploaded more than 1,000 videos since she first popularized TikTok in 2019. A countless number of which have gone viral.

Now, in addition to filming fun videos for TikTok, the 18-year-old stars in her own reality series. The D’Amelio Show, streaming on Hulu, follows the competitive dancer-turned-social media star, as well as her parents and sister, Dixie D’Amelio, as she handles newfound fame. 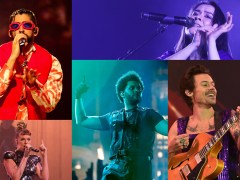 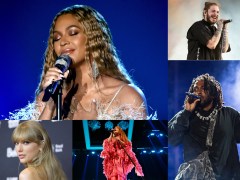 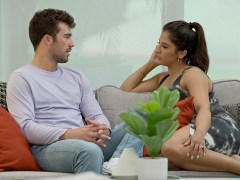 Tinx is the TikTok millennial to D’Amelio’s Gen Z. Christina Najjar, aka Tinx, like every other Showbiz Social Media Awards nominee, occupies her own unique space on social media.

Tinx, who has dubbed herself “TikTok’s older sister,” rose to fame during the coronavirus (COVID-19) pandemic with relatable videos.

Since then, she’s come to be known as a dating oracle of sorts. The 32-year-old shares her thoughts and theories (hello, box theory!) on the podcast, It’s Me, Tinx. In addition to sharing tips on dating, Tinx discusses friendships, food, family, and more.

Stay tuned for the winner of the 2022 Showbiz Social Media Award, which will be announced on Dec. 29.