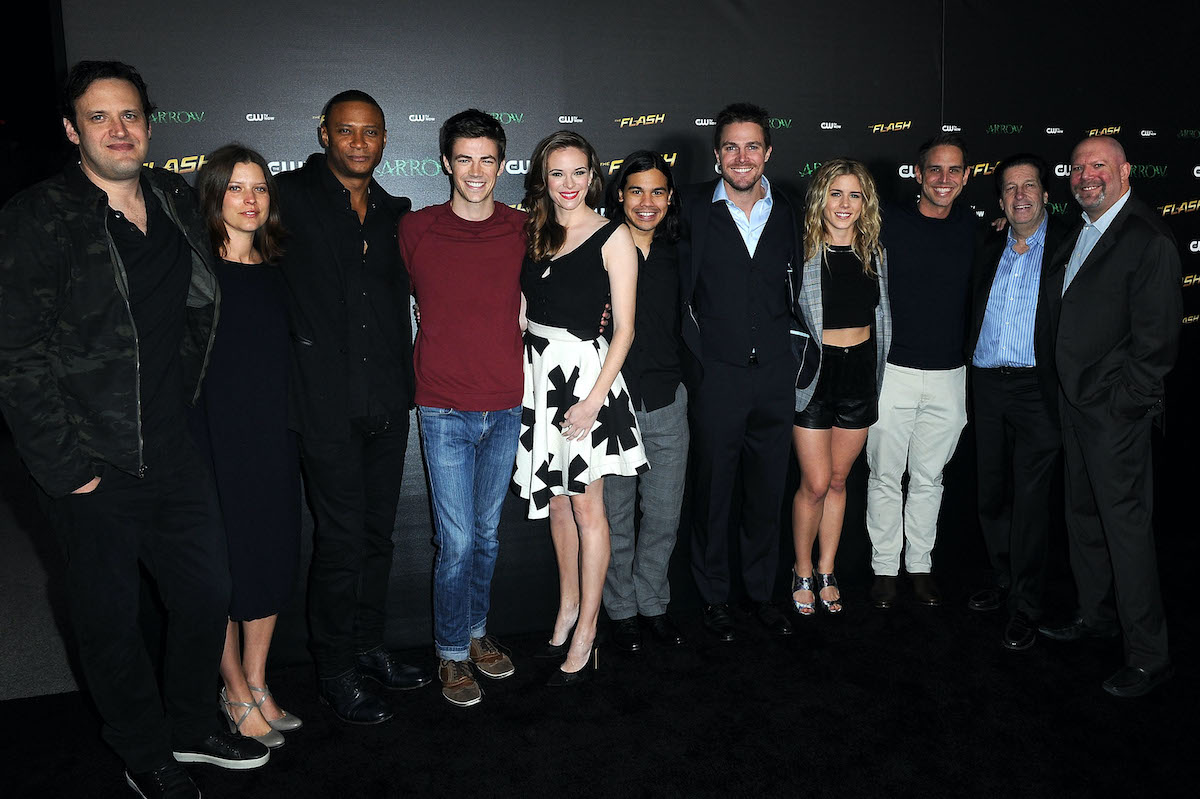 The Flash is an American superhero series from The CW featuring characters from DC Comics. The Flash is a spinoff of the show Arrow and part of the Arrowverse.

The Flash follows Barry Allen after getting struck by lightning lands him in a coma. When he wakes, he discovers he has gained the power of super speed. Barry, also known as Flash, commits himself to use his powers for good and to protect innocent people, all while investigating his mother’s death.

The Flash is part of the DC Extended Universe (DCEU) and the Arrowverse. Other shows in the Arrowverse include Arrow, Supergirl, Constantine, DC’s Legends of Tomorrow, and Batwoman.

‘The Flash’ Will ‘Leave the Door Open’ for Elongated Man in the Future, Says Show Boss

Grant Gustin Shares His Biggest Complaint About ‘The Flash’ Costume

‘The Flash’ Season 8 Showrunner Reveals Fans Will See a Lot More of Iris: ‘The World Will End if Iris Doesn’t Step Up’

Read more about The Flash on CWTV.

Read the latest articles about The Flash

‘The Flash’ Season 8: Can Barry and Iris Survive a ‘Personal Armageddon of Marriage’?

‘The Flash’ Season 8: Grant Gustin Teases the Existence of Multiple Timelines in ‘Armageddon’

‘The Flash’: Is a Fan Favorite Character From Season 1 Returning for Season 8?

‘The Flash’: [Spoiler] Slated to Return for Season 8