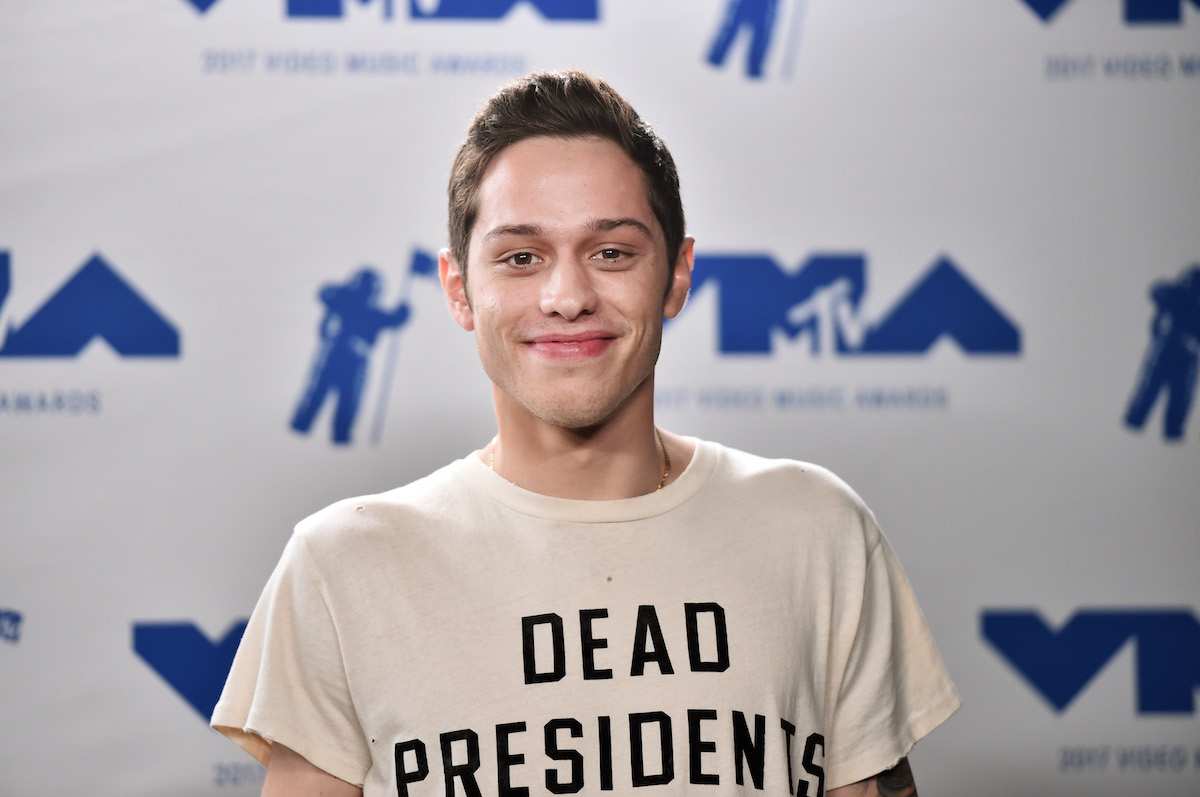 Pete Davidson is a comedian, actor, writer, and producer who rose to fame as one of the youngest cast members to join Saturday Night Live.

Davidson joined the cast of SNL in 2014 when he was 20 years old. He has starred in shows and films like Brooklyn Nine-Nine, Set It Up, and The Suicide Squad.

In 2020, he starred in and co-wrote The King of Staten Island, a semi-autobiographical movie inspired by growing up after his father was killed in the 9/11 World Trade Center attacks.

Pete Davidson is also well known for his rumored and confirmed relationships with many famous women. In 2018, Davidson was engaged to Ariana Grande. From there, Davidson has been linked to famous women such as Kate Beckinsale, Kaia Gerber, Margaret Qualley, and Phoebe Dynevor.

In late 2021, Davidson was most recently linked to Kim Kardashian West.

Pete Davidson Reveals Where He Likes to Go on First Dates

‘SNL’: Pete Davidson No Longer Lives With His Mom, Look Inside His New $1.2 Million Apartment

‘SNL’: Who Are Pete Davidson’s Parents, Scott and Amy Davidson?